Want to know how to make teenagers smile? Put them behind the wheel at a Young Driver driving school, like 16 of our tweens and teens did last weekend when they attended our third Young Drivers event at the NEC in Birmingham, an activity which is proving to be a very firm favourite with our older children!

Want to know how to make teenagers smile? Put them behind the wheel at a Young Driver driving school, like 16 of our tweens and teens did last weekend when they attended our third Young Driver event at the NEC in Birmingham, an activity which is proving to be a very firm favourite with our older children!

Young Driver driving school is designed to build young people’s experience and competence behind the wheel during the years prior to being actually able to drive. Why? Because research shows that it is a lack of driving experience, not age, that causes 1 in 5 newly qualified drivers to crash within 6 months of passing their test. The hope is that early driving experiences under expertly controlled conditions like this will ultimately help young people to become safer drivers. And fortunately - unlike many other things designed to help keep young people safe - this activity is most certainly not one that children need any cajoling into, as evidenced by the whoops of excitement from many of the members of our little driving party upon arrival at the NEC last Sunday afternoon!

To their great credit, all the children happily organised themselves into pairs, decided which one of the pair would drive first, and waited very patiently for their lessons to start whilst watching and supporting those who were out on the track before them.

In turn each pair went out with their driving instructor in a dual-control manual transmission car for a half hour one-to-one lesson each. During their lesson each child was taught how to start and stop the car, how to put the car in gear and how to change gears. Under their instructors’ expert guidance the children drove the car up to 30mph and also learned and practised a few manoeuvres including a 3 point turn. 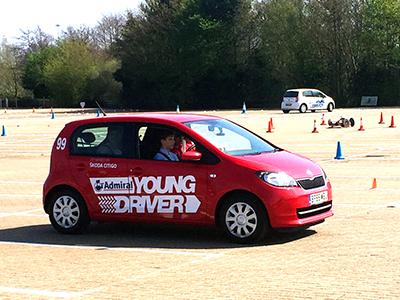 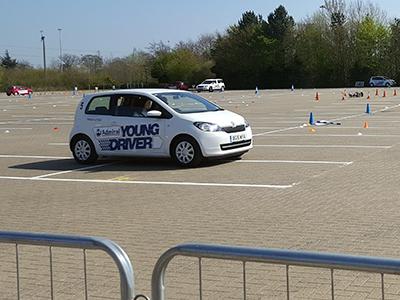 After their lesson every single young driver returned to the refreshment area proudly clutching their Driver Diary, written in and stamped by their instructors, and excitedly sharing their experience with the rest of the group. Those children who had attended a Young Driver activity day with us before were pleased to see how they had retained what they had learned previously and were able to build upon it this time around. Many of the children for whom this had been their first time behind the wheel were surprised by how well they did. To a teenager (or tweenager), everyone went away with the driving bug, certain that they’d love another opportunity to do it again soon!

As many of our readers will know only too well, it’s no mean feat getting 16 teenagers to smile but our Young Driver event achieved just that! Happy days!